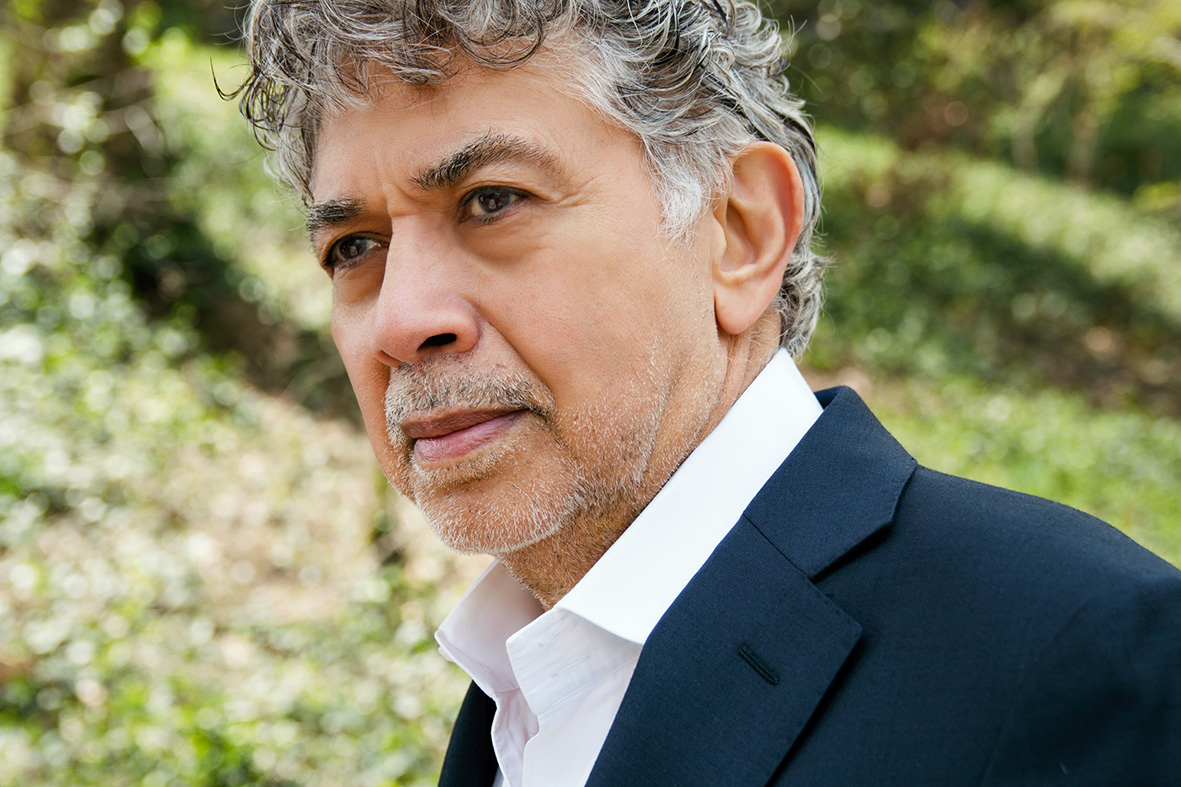 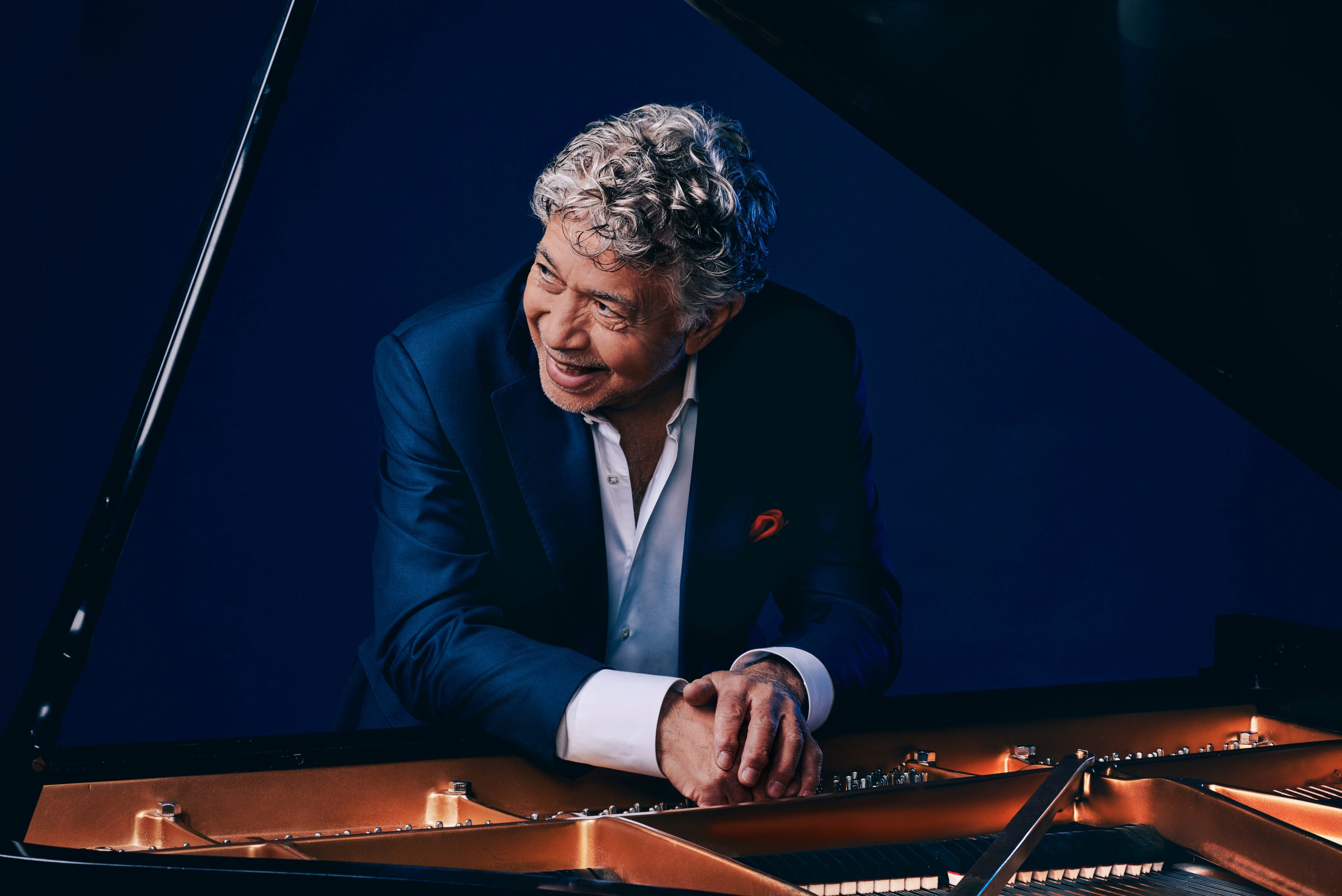 Nearly sixty years after he moved to the United States from Kingston, Jamaica, his hometown, Grammy® nominated legendary pianist Monty Alexander is an American classic, touring the world relentlessly with various projects, delighting a global audience drawn to his vibrant personality and soulful message. A perennial favorite at the Montreux Jazz Festival where he has performed and headlined concerts 23 times since 1976 his spirited conception is one informed by the timeless verities: endless melody-making, effervescent grooves, sophisticated voicings, a romantic spirit, and a consistent predisposition, as Alexander accurately states, “to build up the heat and kick up a storm.” In the course of any given performance, Alexander applies those aesthetics to a repertoire spanning a broad range of Jazz and Jamaican musical expressions.

Documented on more than 75 recordings and cited as the fifth greatest jazz pianist ever in The Fifty Greatest Jazz Piano Players of All Time (Hal Leonard Publishing), the Jamaican government designated Alexander Commander in the Order of Distinction in 2000 and in 2018 the University of The West Indies bestowed him with an honorary doctorate degree (DLitt) in recognition of his merits.

Alexander is most widely known as an upper echelon master of the swinging piano trio function, as he has demonstrated with several top-shelf groups, including iconic units with bassist John Clayton and drummer Jeff Hamilton (“Montreux Alexander ‘76”), and with the legendary bassist Ray Brown and guitarist Herb Ellis (“Triple Treat”).

Born on D-Day, June 6, 1944, Alexander was playing Christmas carols by ear at 4, entertaining neighbors and relatives by 5, taking his first piano lessons at 6. He resisted formal instruction, but still, as a child, absorbed all the musical flavors that comprise his mature sonic palette. Alexander began playing in local Kingston clubs at 14, when he also made his first recordings, as leader of a group called Monty and the Cyclones that landed a hit on the top ten charts, and as a sideman for such legendary producers as Ken Khouri (Federal Records), Duke Reid (Treasure Isle), and Clement Coxsone Dodd at Studio One. These early sessions for Federal, which Alexander describes as “not calypso music, but the beginning of Ska,” included such subsequently famous talents as trombonist Don Drummond, tenor saxophonist Roland Alphonso and guitarist Ernest Ranglin. Alexander’s Jamaican roots include witnessing the legendary singer-pianist Nat Cole in concert in 1953 at Kingston’s Carib Theater. “In our home, Nat Cole was the voice of America,” says Alexander, who describes the Cole and Armstrong concerts to which his father took him in the 1950s as a transformational moment.

While playing in Las Vegas in 1962 he caught the eye of New York City club owner Jilly Rizzo and his friend Frank Sinatra. Alexander’s trio swung at Jilly’s until the wee hours for Sinatra, a mix of celebrity entertainers, tough guys, and iconic jazz musicians like Miles Davis, Count Basie, Milt Jackson, and Roy Haynes. Before long, Alexander was working with Jazz titans Dizzy Gillespie, Clark Terry, and Sonny Rollins.

As the 1960s progressed, he also held regular gigs at Minton’s (the iconic Harlem lounge where bebop gestated), and at the Playboy Club. During these years, he met Quincy Jones, Ray Brown and piano giant Oscar Peterson, who recommended Alexander to Hans Georg Brunner-Schwer, the proprietor of Germany’s MPS label, for which he made a dozen records between 1971 and 1985. Alexander would also perform on Jones’ 1970 Smackwater Jack album, sharing piano duties with Herbie Hancock, and on classic albums with Dizzy Gillespie and Clark Terry live at the 1977 Montreux Jazz Festival. He was a member of the first iteration of Gillespie’s United Nations Orchestra during the middle 1980s, and played a memorable engagement with Sonny Rollins in 1990 on the Hudson River Jazz Cruise in New York City.

On Jamento, a 1978 recording for Norman Granz’s Pablo label, he introduced his “ivory and steel” concept of “marrying” steel pan and hand-drums to the acoustic piano trio. He would continue these explorations on recordings for Concord and Island Records (“Yard Movement”, 1996) and find the definitive expression on his 2011 Grammy nominated recording, “Harlem Kingston Express: Live!” (Motema Records).

In 1991, he worked with Cole’s daughter, Natalie Cole, on “Unforgettable… with Love”, her 7-Grammy Award winning tribute album to her father. Other career highlights include a performance of George Gershwin’s “Rhapsody in Blue” with a full orchestra under the direction of Bobby McFerrin at the Verbier Festival in Switzerland, recording the piano track on four selections of the soundtrack of Bird, Clint Eastwood’s Charlie Parker biopic, and playing on Quincy Jones’ For Love Of Ivy film score, starring Sidney Poitier and Abbey Lincoln.

2019 marked Monty Alexander’s 75th birthday, a London Royal Albert Hall debut solo performance celebrating the music of Duke Ellington, and the 10th edition of his name sake’s Jazz Festival in Easton (MD) for which he has he has served as Artistic Director and perennial performer.

In 2022 Obelisk Media (obeliskmedia.net) has undertaken the production of a feature documentary on the life and times of this jazz piano virtuoso and legendary musical icon. The Obelisk production team, headed by veteran film producer Arthur Gorson, and working with Academy Award®-winning documentarian/cinematographer Jefferson Miller, will begin filming The Monty Alexander Story. The project to document Monty’s extraordinary musical and personal accomplishments is being produced in association with Monty and his manager Caterina Zapponi.